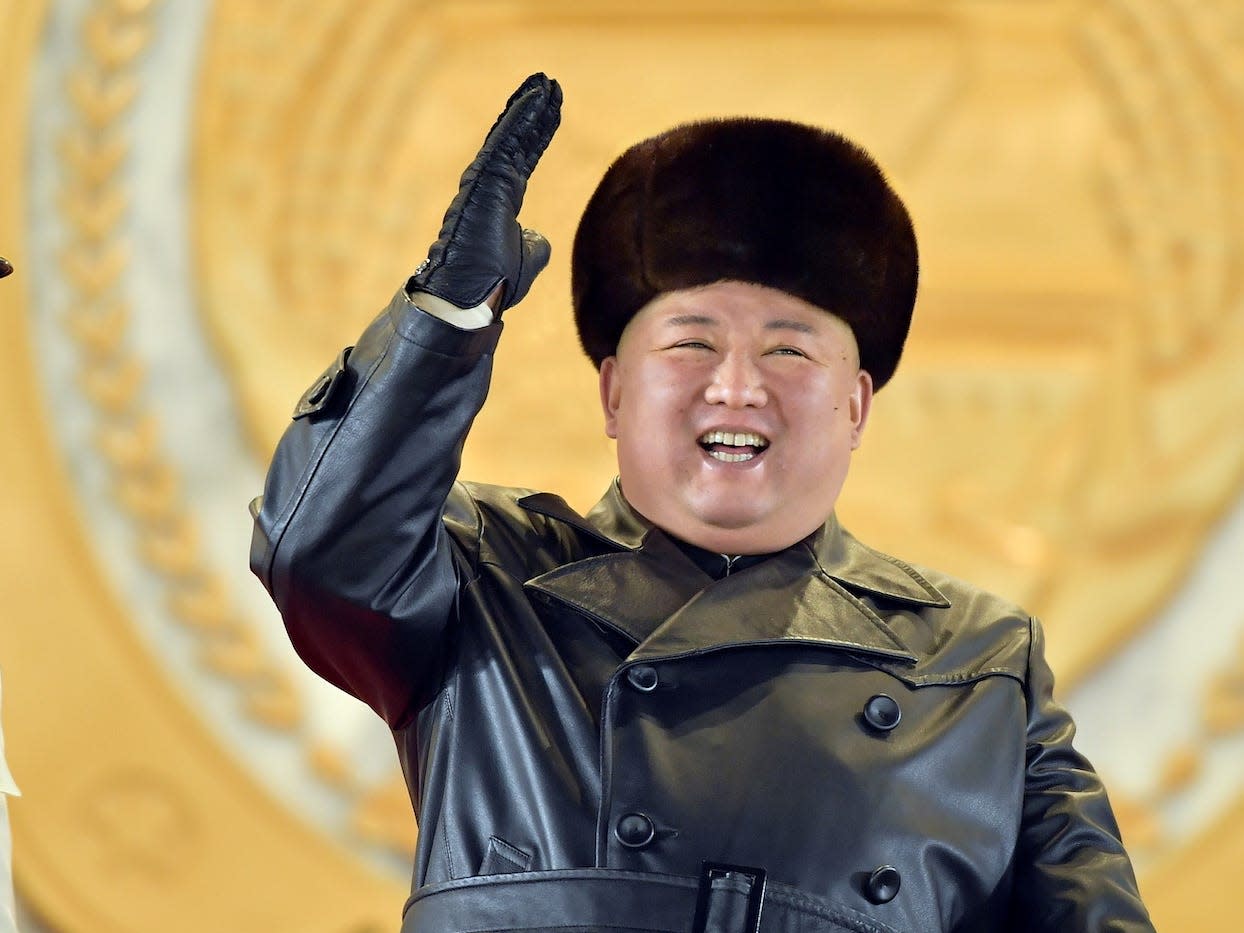 North Korean official Kim Jong Un at a reception for the 8th Congress of the Workers' Party in Pyongyang, January 14, 2021.

North Korea needs "to decide which [vaccine] will be the easiest to bootleg and transport for the black market," said an official.

The country has a long tradition of counterfeiting, bootlegging, cocaine trafficking, and arms smuggling.

Its domestic currency is mostly useless.

Visit the Business section of Insider for more stories.

North Korean hackers managed to penetrate the computers of the US-based vaccine maker Pfizer, and its German partner BioNTech, in hopes of collecting research evidence that could be used to produce bootleg versions of a COVID-19 vaccine to sell on foreign black markets, according to intelligence officials in Europe.

The hermit dictatorship's domestic currency is largely useless beyond its borders.

Two European security officials briefed on cyber-operations told Insider the alleged attack was undoubtedly an official North Korean operation to collect science data on Pfizer's COVID-19 vaccine, one of only three vaccines so far licensed for emergency use by the World Health Organization.

Both officials said the attempt was linked to November's announcement of numerous hacking intrusions via Microsoft network infrastructure.

"It clearly was an information-gathering attempt rather than a malware- or ransom-style attack. I will not get into technical details but we have developed plenty of experience with each type of attack," said a European official, who would not be identified because of intense sensitivity of the situation.

"North Korea will have physical access to Pfizer vaccines long after they've seen Chinese or Russian versions. But they want to decide which will be the easiest to bootleg and transport for the black market," said the official, pointing out that both Russia and China have promised millions of doses to North Korea for free, despite the country's insistence it has never had a case of COVID.

"So they wanted to take a look to see if the Pfizer vaccine would be a viable dose to copy," said the official.

When asked if North Korea would attempt to sell some form of bootleg, it said without a doubt, taking into account North Korea's many years of falsification, bootlegging, drug trading and arms trafficking in its embassies worldwide.

According to indictments made last week by the US authorities against a ring of North Korean State-related hackers suspected of robbing 1,3 billion dollars of multiple targets, Hacking alone provides the regime with huge revenue.

In 2007, Israeli warplanes bombed in Syria a secret nuclear reactor with the assistance of North Korean engineers who had long hiddenly supported the Middle East regimes in return for hard currency.

"The North Koreans have been essential to Israeli's enemies since the 1970s, helping first the PLO build massive fortifications and bunkers throughout the camps in Lebanon and the Beqaa Valley," said the former Israeli official.

"And today we have strong evidence - it's without a doubt really - that for decades they have been working with Hezbollah and Iran to reinforce their positions, not only in Lebanon but Iran as well."

The source was blunt when the question was raised why North Korea was their resource of choice.

"They're great engineers with a national history of mining," they said.

"Arabs don't really have hundreds of years of coal mining to fall on for expertise like they do. And they can work anywhere and there will be no questions if there's an accident or the site gets bombed by the [Israeli Air Force]."