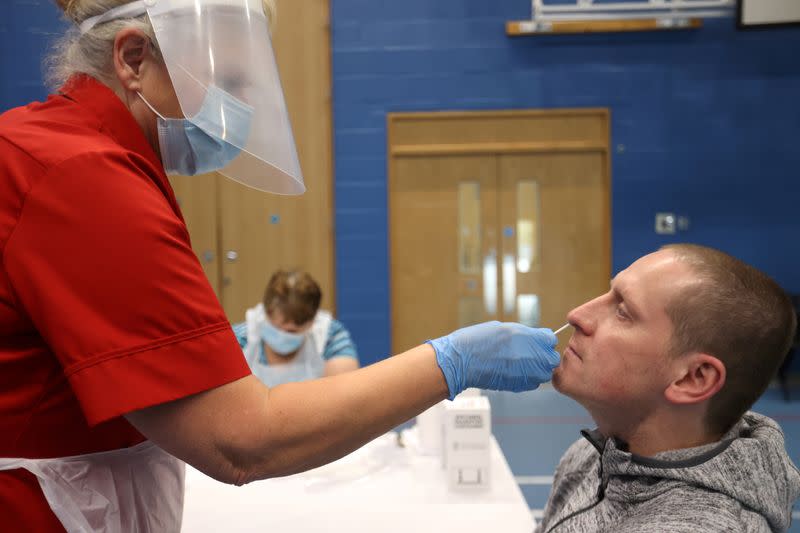 By Andy Bruce and Alistair Smout

LONDON ( Reuters) — A report on Friday found that the average daily number of deaths in COVID-19 in Great Britain increased in one week as the report cautioned of an unnecessary and devastating mortality increase.

A analysis of infections performed by the Office of National Statistics (NSB), although another survey of the population said regular infections could cross up to 45,000, found that the figure for COVID-19 was around17,200 a day during the last week and Oct. 1, as opposed to 8,400 a day in the previous week.

The second round of COVID-19 of local steps is being dealt with by Prime Minister Boris Johnson to avert another domestic lock-down.

However, the polls that feed government officials present a grim image and government scientists cautioned that, even though the replication number dropped. The disease was still rising.

Jeremy Farrar, Head of the Wellcome Trust and part of the Government's Science Advertising Committee on Emergencies (SAGE), tweeted, "We are back to options that have been made in March ... Do not act slower than the pace of the outbreak.

The ONS recorded that in England, an estimated 224,400 people had COVID-19 last week, or one in 240 people, a rise of 92 per cent over the previous week in infections.

The ONS assesses the amount of pathogens outside the studied population and calculates their frequency that is not impacted by testing ability.

Over 1 in 170 citizens in England had this virus between Sept. 18 and October five, with 45,000 fresh infections per day, a second population report, performed at Imperial College, London and Ipsos Mori.

Paul Elliott, of the Imperial Schule of Public Health said: "Our comprehensive results paint an image of the growing outbreak in the entire world.

'While certain places are worst impacted, if they stay unreduced then trends in infections will arise nationally and could contribute to needless death and disease.'

On Friday, a fifth from a previous day, the United Kingdom announced 13,864 verified cases of COVID-19.