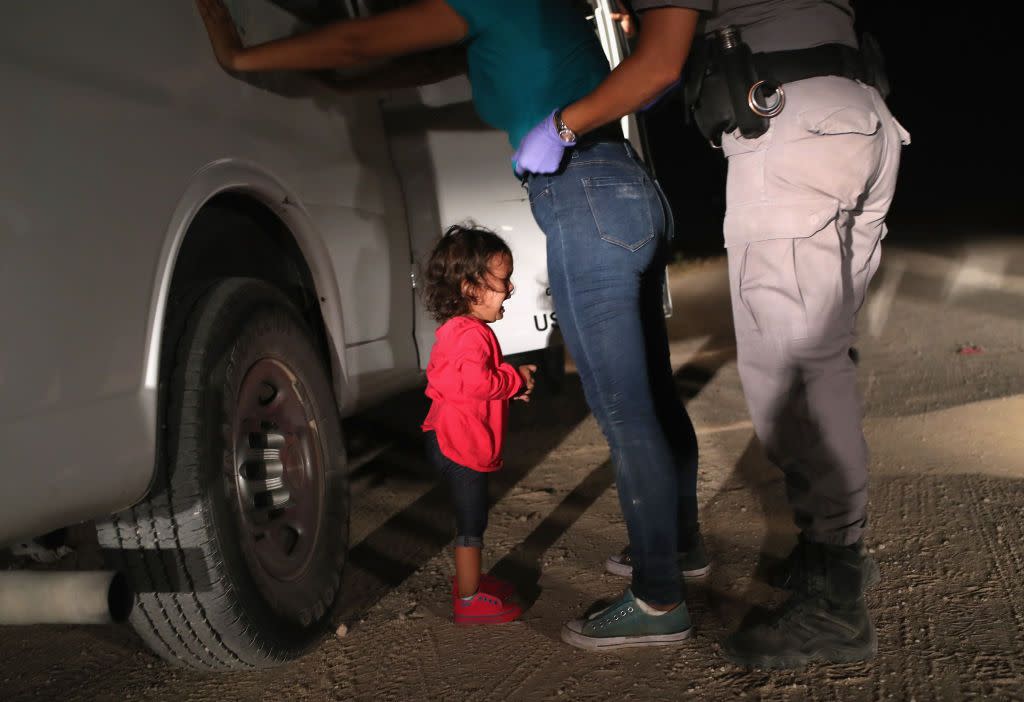 (Bloomberg Opinion) – As President Donald Trump makes public funds accessible routinely or offers government incentives to others who flatter him and offer him money, his own hypocrisy is disgusting. (Bloomberg Opinion)

This isn't inhumane, though.

The Trump administration, on the other side, often intended to be brutal with respect to the separation between migrant parents and their offspring, even babies, some of which were missing month or more.

Whoever has a kid or was a kid intuitively comprehends the depraved essence of the policy.

Experts predict the abusers will be traumatized and impacted for the duration of their lives.

However, it seems doubtful that the authorities who accepted and carried out this program would face legal repercussions.

In an 86-page draft paper last week, the New York Times submitted to the Department of Justice Inspector General.

The idea was to make detention a life-threatening flight for refugees, even for asylum seekers of terror, to discourage those pursuing refuges through the horrors they — and particularly their children.

The Times cites then General Attorney Jeff Sessions advising investigators, who took this brief note: "When you are worried for the baby, don't bring them in." Unless you have baby, don't take them.

The article states that Rod J. Rosenstein, then deputy attorney general, subsequently advised investigators that the little children did not matter.

The loss in moral sensitivity is both a by-product in decency attacks and a condition for further egressive attacks.

However, members of the government were mindful enough of the atrocities they were causing to refute their presence.

Nielsen was justified in lying, and the extent of their involvement was obscured by Sessions and Rosenstein.

'Today's UN High Commissioner for Human Rights Zeid Ra'ad al-Hussein said: 'The notion that a state would aim to dissuade parents by imposing violence on children is unwise.'

The US Academy of Pediatrics found it "inhuman." The Physicians for Human Rights concluded that it "ends to the extent of torture" after examining 17 people and 9 children exposed to the program. "It remains unknown whether or not the program remains unconstitutional under international law," said Erwin Shemerinsky, dean of the University of California's Berkeley Law School.

A variety of administration malefactors, including meetings and Nielsen, have been prosecuted by the American Civil Liberties Union.

The case was not chosen by Rosenstein, now a director at King & Spalding, a major multinational law company.

The increased scrap of the Trump administration may be assumed by everybody to obscure individual responsibility.

The Covid-19 administration policy has resulted in tens of thousands of Americans unnecessarily dying.

Was it really that terrible relative to that the institutional brutalization of a few thousand migrant families?

I have approached immigrant advocates and attorneys regularly after the revelation of the child separation policies in April 2018 regarding if and whether the proponents of this policies might be kept liable.

Yet there is no prosecuting of fraud by activists and private attorneys, and elected leaders are resistant to it.

While many Trump counterparts, including Trump's personal lawyer, Michael Cohen, the 2016 campaign manager Paul Manafort and its long-standing political consultant, Roger Stone, were charged by federal prosécutors, administration officials did not receive the same targets.

"And I am not aware if these authorities would really get their due, except Congressional investigations and embarrassment or even a post-Trump reality panel," said Immigration lawyer Frank Sharry.

Indeed, federal officials can rape and damage children for life up to and probably beyond torture as long as they do so in the course of federal policy.

To date, no investigator has considered this futuristic reality to be in doubt.

There's your bench marker if you want to know how low America sank.

The view of the Editorial Board and Bloomberg LP and its owners is not generally expressed in this column.

He was the Week's Managing Editor.

He was a columnist for Rolling Stone, a marketing consultant and a strategist of political newspapers.

Please visit us at bloomberg.com for more posts such as this

Subscribe now to the most reliable source of company news.