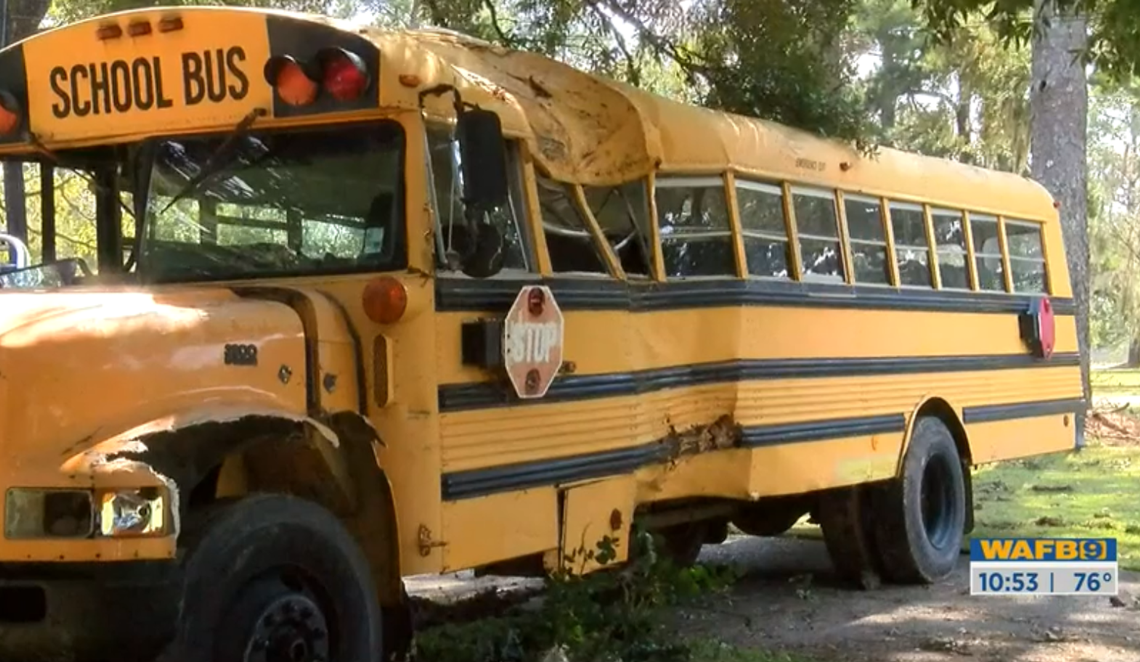 A 11-year-old faces multiple charges after a hijacked school bus running around the city by Louisiana policemen.

According to Baton Rouge Officers, the kid reportedly stole the bus from a nearby Head Start center before crashing in a tree in the back of his house on Sunday.

That's when he was taken into custody by the officers.

"Seeing anything like this was amazing," homeowner Smith told WGMB, telling the officers of the moment when they captured the kid in the forecourt.

A Baton Rouge spokesman told McClatchy news about 10:45 a.m. Authority alerts were issued about the event.

The boy ran from the police and fell on the bus in around 45 minutes, until his end stop, and collided in several cars.

According to WAFB 9, resident Joy Gradney caught some of the chase on his tablet.

"When he passed me right past, he was like rattling around Florida Boulevard.

I'm not like it's a little kid, I can't imagine it is.

The way he received the keys is unknown, but police officers said they suspected that the bus was a push-to-start, reports the WAFB 9.