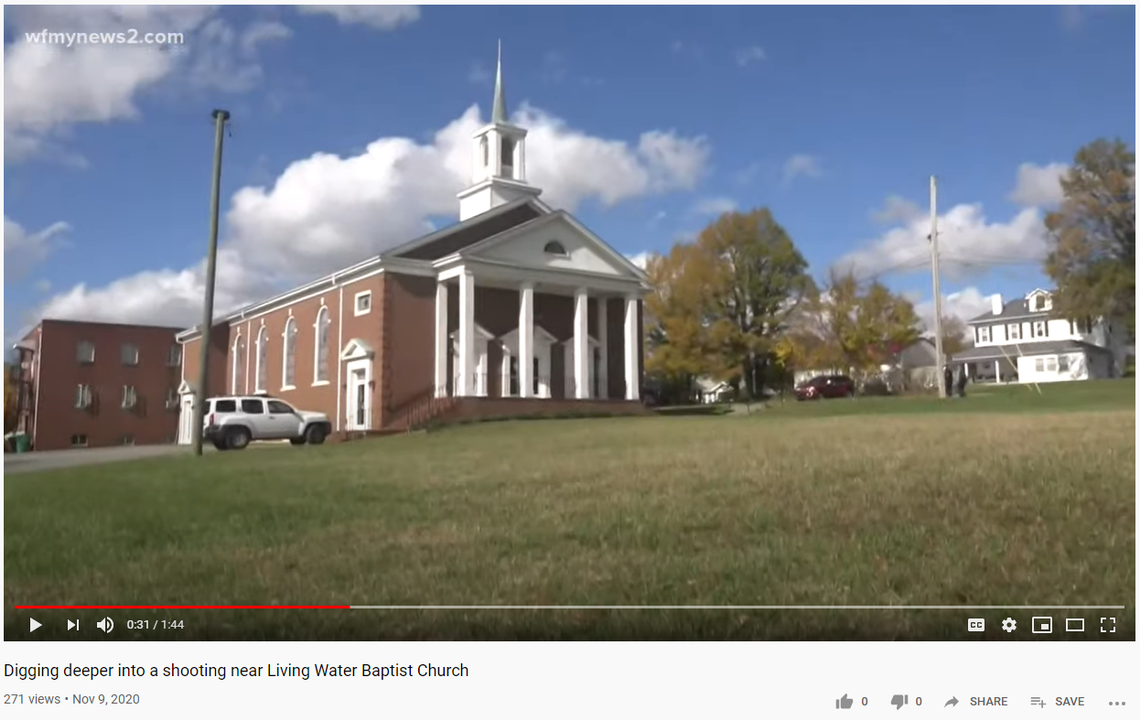 A 18-year-old man was killed in a "aggressive and brazen" assault outside a Church of North Carolina on Sunday, when drive-by gunmen attacked funeral mourner who shot, police say.

Fredrick Cox Jr. was assassinated on the scene in Hight Point, approximately 25 miles southwest of Greensboro, at the Living water baptist chapel, according to authorities.

Several other citizens have been exposed to minor injury.

Authorities are now searching for gunmen, who are said by the police to have been in two separate vehicles — the four-door "newer edition" Dodge Charger and a white 4-door sedan.

Sixty to seventy cockroaches were found outside the church which hosted a funeral on Sunday afternoon "a young man who died in October," according to investigators.

The police said on Tuesday in a press statement, "When police arrived, they (they) noticed many automobiles that fleeing at a high pace.

"Officers were told by bystanders that the unknown people who had just just left the church were fired by several shots from both cars.

They have heard that people shot weapons on the two cars in the crowd.

"The researchers viewed the event like three separate scenes in or near the church because of the volume of shooting and the scale of the property.

Detectives from high-point officers are now vigorously monitoring this brutal and blatant activity.

The "unfortunate incident" was discussed in the Facebook video shared on the church page on Monday by Living Water Baptist Church Senior Pastor Dayhige M. Wright.

During a Sunday church service, the shooting did not take place.

"You know that our Church is a community-led Church and we're just about everybody's going to open our doors," he said in the video.

"We held a funeral for a young man yesterday ...

A disaster broke out at the close of the service.

Many people affected by this disaster.

It even led a person's life to be taken.

Today, I would only like to assure our church that all is well, that we pray for those who took part in yesterday's case.