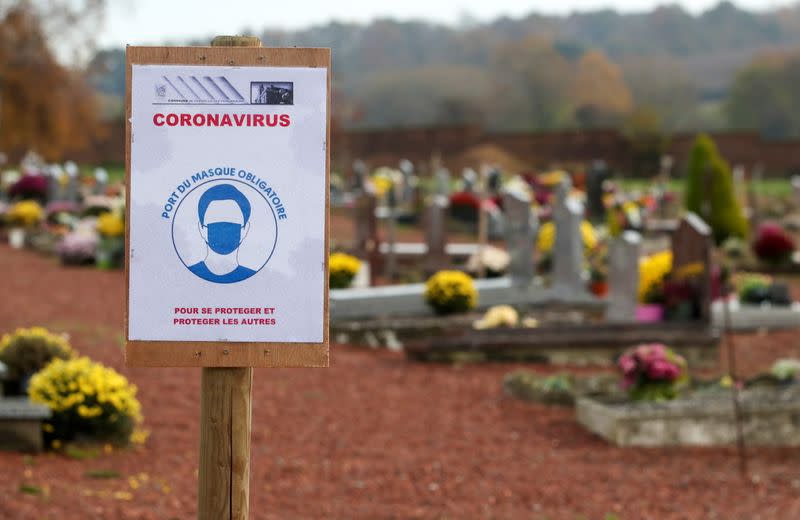 By Yves Herman and Marine Strauss

Chapelle-lez-Herlaimont, Belgium (Reuters) — The funeral owner, Stephane Geeurickx, in a small town south of Brussels, claims that almost all of the dead buried he died from COVID-19 in past weekins were unnamed at the time the initial pandemic happened.

The second wave of virus takes control in Belgium, which has 11 million in number and is one of the largest mortality rates of COVID-19 in the world.

In cases this fall, it also saw a sharp spike in Europe.

"We found some deaths above average in March-April, though not specifically explicitly related to COVID-19," said Geeurickx, the owner of the Center funéraire S.O.S Dés, to Reuters.

Nearly all he organizes is now, though, among others who have developed the infection.

According to data of the Sciensano Institute of Health, Belgian COVID-19 death toll is 13,216.

Geeurickx, standing at brown and white wooden squares, confirmed that none of the eight funeral home workers founded by his parents in the eighties, had been informed that he must quit operating or had been poisoned during the pandemic.

"We had no leakage cases and even the treatment of deceased COVID-19 was not severely worried," Geeurickx said.

The funeral home, he said, applies total security for the bodies of the victims of COVID.

However, they are receptive to family conditions when carrying out funerals and make it easy for relatives to hug and be together.

Until 1 December, Belgium enforced social limits and shut down non-essential shops and utilities to try and reduce the virus spread.