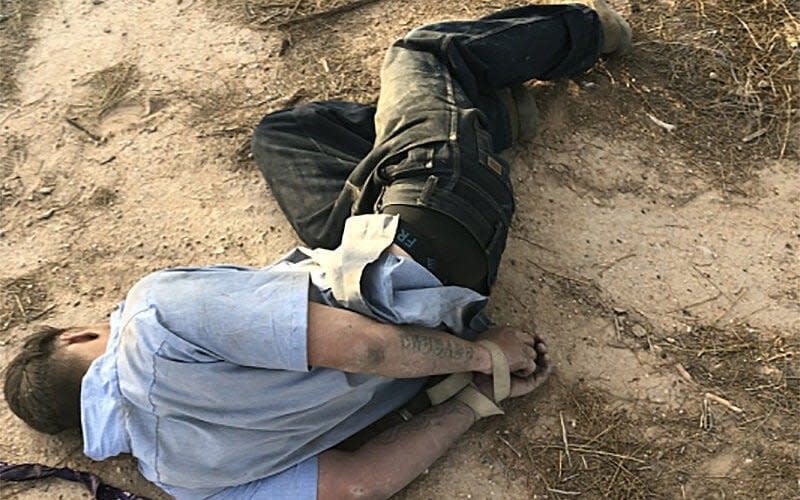 His hands were bound behind his back, and Brandon Soules was found in his mouth - Coolidge Police Department.

It was intended to be the ideal ruse to quit work, but ended with a week-long investigation by the police and the threat of incarceration.

Brandon Soules, a nineteen-year-old Arizonian man, was accused of having fake his own abduction – including tying his own hands, scrapping and inventing a story from attackers hunting for a lost desert treasure – all because he had to quit working at a tire store.

At 5:25pm on February 10th, police came to Coolidge, a city of around 13,000 residents southeast of Phoenix to investigate an injured man lying on a track.

With his hands tied behind his back, they found Mr Soules with a belt and a bandana jammed in his mouth.

According to a local police release, Mr Soules said that two masquerading men abducted him, hit his head, unconsciously knocked him and drove him into a car before leaving him in his place.

He said he was targeted because his father had a lot of money buried in the desert, according to the New York Times.

Coolidge police conducted an exhaustive investigation, saying that his claim was false and no kidnapping or assault was carried out.

Mr Soules was arrested a week later on behalf of Misleading Reporting and officials admitted that he composed the story as an attempt to get out of work during an interview.

He was released by the police and will be taken to court later.

On the social media, Mr Soules' Facebook profile lists him at The Tire Factory in Coolidge as the "former tyre guy."

During his fourteen months in the business he said that he had received and helped fit used tyres from around the county.

When approached, the Tire Factory confirmed that Mr Soules is no longer an employee.

Online court documents have not identified Mr Soules' counsel who may comment on his behalf.