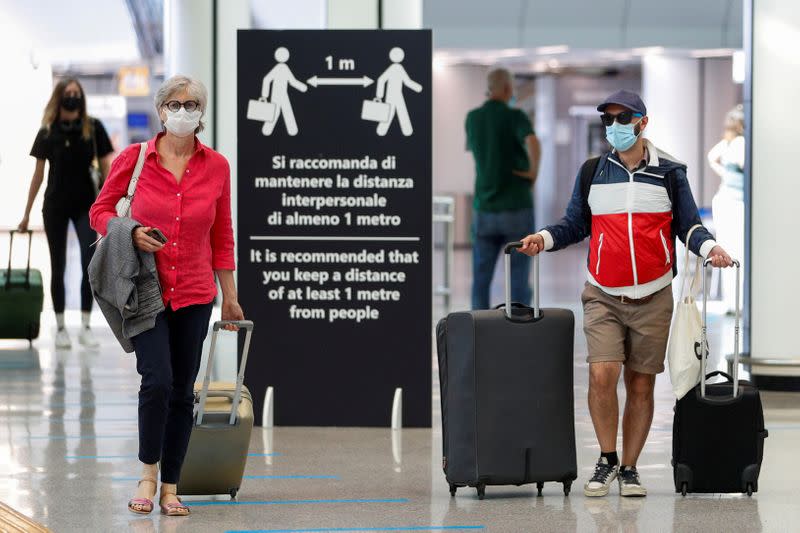 BRUSELS (Reuters) — On Tuesday, the European Union introduced a trafficlight scheme to offer instructions on whether the EU's non-essential travelers, such as visitors, are to be checked or quarantined under COVID-19.

The recommendation, to end a confounding muddle of prohibitions and re-establish free movement-an admired concept in the 27-man bloc-when circumstances permit, was adopted at a Conference of Ministers of European Affairs.

Cases that spike throughout Europe currently qualify as the "green" band of lowest risk for unrestricted travel in only a small number of areas.

It covers much of Eastern Germany, most of the North and Baltic, most of Bulgaria and most of Greece, and one of Italy's regions.

EU countries will be encouraged to introduce "proportionate" policies for orange-risk and high-risk areas that may require a quarantine or a screening but not an access blanket ban.

Data on number of new infections per 100,000 population during the past 14 days, plus the number of tests and proportion of positive tests last week was supplied to the European Center for Disease Prevention and Control by all 27 nations.

A color map is then generated by the Department.

While each EU country is free to decide its own acts, it is encouraged to remain coherent.

The European Commission said in a declaration: "We accept this agreement to put further order into a currently complicated situation."